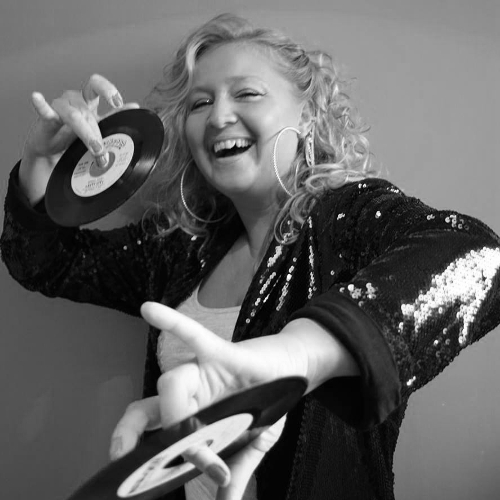 Childhood rocked sounds of Miles Davis, Herbie Hanckock or Django Reinhart, sense of rhythm sharpened by Eric B and Rakim, Queen Latifah or Public Enemy raps, then got caught up in decoding the samples of Chaka Khan, Minnie Riperton or the Isley brothers. She could not resist the authenticity of black music in all its forms. She turned hip hop dancer in the 90s, then funk singer in amateur groups and music selecta radio. Only when she grabbed her father’s collection of jazz records that began her interest in vinyle. A culture and a collection enriched by digged nuggets during her business trips.
Today, as a “multi-funkshun” woman, juggling her job as a fashion designer and a DJ, she distils a sound without commercial concessions, without borders and opened to the world, spinning Canadian disco to Nigerian funk, Japanese fusion jazz to Brazilian funk.